​The purpose of this Society is to promote and foster the spirit of Clan MacKinnon, to provide a focal point and means for expressing MacKinnon sentiment, and to aid members in establishing and maintaining contact with each other and with others of Scottish heritage. Society membership encourages, promotes, educates, and supports the preservation of Scottish and MacKinnon history, tradition, and cultural activities.

As of October 2020, we boast 353 memberships (accounting for 605 people since some of these memberships include partners and children). We have members in 14 countries around the world, and 40 states in the USA. Countries where you can find the largest concentration of Clan MacKinnon Society members are: USA, France, Belgium, Canada, and Germany. U.S. states with the largest concentration of members are: Washington State, California, Texas, Tennessee, and Minnesota. Help us grow our membership and worldwide reach! Become a member today! 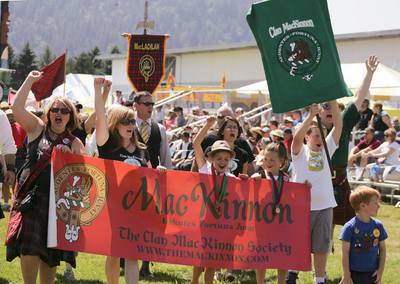 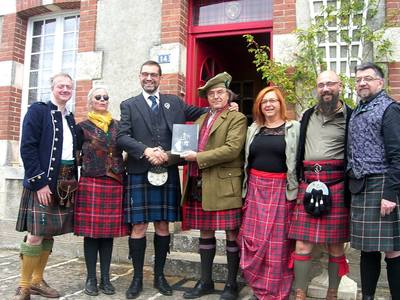 On December 22, 1891, at a meeting held in the Waterloo Rooms in Glasgow, Clan MacKinnon Society was born. Twenty-five clansmen were present at that first meeting. During subsequent early Society meetings the matter of who held the Chiefship of Clan MacKinnon was raised. In response to these concerns, Mr. Duncan MacKinnon, then Chairmen of the Society, advertised for claimants to the Chiefship twice in the Oban Times. No one came forward, so William Alexander MacKinnon of Kent, whose father had been recognized Chief of Clan MacKinnon by the Lord Lyon in 1811, was declared by the Society to be the recognized Chief of the Clan.

​The Society grew rapidly during the years around the turn of the century. At its founding the purpose of Clan MacKinnon Society was understood to be: the fostering of Clan sentiment, cultivation of social intercourse among members, assistance to members, encouragement of education, the collection and preservation of Clan records and traditions, and promoting support of Celtic literature and Highland arts and industries.

During a meeting, attended by the Representative of the Chief and some 20 clansmen in Pleasanton, California in 2005, the spirit of Clan MacKinnon Society of North America was affirmed and the heritage of Clan MacKinnon Society of the United Kingdom acknowledged. At that meeting it was decided that a new constitution was required, a new board of directors was elected, and the Society’s goals expanded.

The Clan MacKinnon Society (CMS) is aware of a report that a MacKinnon forebear was engaged in the slave trade. We denounce this activity and any other form of racial discrimination in the strongest possible terms. The Society, through its policies and procedures, is committed to the creation and preservation of an equitable and inclusive environment.
For further historical context, the following links are provided: